In IRL conversations and on social media I have been somewhat active in criticizing the new Amazon series ‘Rings of Power’ (RoP) the ‘modern adaptation’ of Tolkein’s LOTR mythos that focuses on the Second Age for its backdrop.

I have many issues with this Amazon project; the fact that it’s genuinely shit in terms of quality, the fact that it tramples over Tolkein’s lore, style, and philosophy, as well as Peter Jackson’s impeccable adaptations, but I’ll focus for a moment on the most divisive issue; the disruption of Tolkein’s universe by the means of bluntly inserting actors of world-inappropriate appearances or ethnic backgrounds into the cast. This last item is something I view as an utterly atrocious crime of cinematography, and I hate it deeply. Primarily, there are two reasons for this hatred. The first assumes that the creators genuinely care about Tolkein’s world, and that the unloreful cast backgrounds are incidental. RoP could have told a brilliant story with an ethnically diverse cast by setting the story somewhere else; Harad, Umbar, or Rhûn. Harad is where the mûmaks (oliphaunts) come from, and there is a scene in Peter Jackson’s films where Faramir and his Ithilien Rangers kill some Haradrim, before giving a sad monologue about the senseless death of a poor young Harad man, whose people have been deceived and manipulated into supporting Sauron’s cause. A TV show in these settings could be dramatically ethnically diverse, loreful, and also tell better stories, like the tragic tale of Sauron’s domination of these nations, and perhaps also highlighting the “few good men” (so to speak) who stood up to oppose him. It could have been redemptive, tragic, beautiful, compelling. 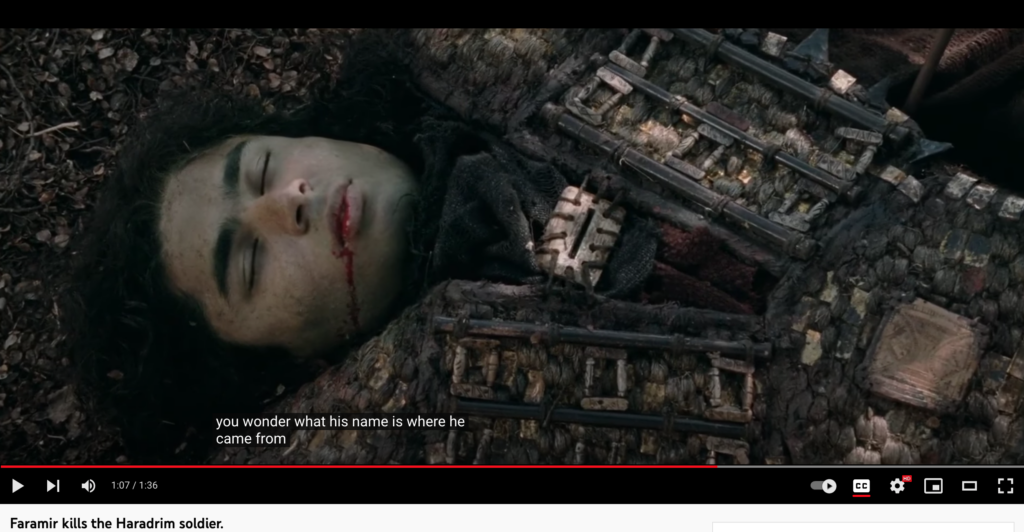 The second reason assumes that the creators do not care about Tolkein’s world but wanted to tell a diverse story in a fantasy setting. Let’s start off by talking about diverse (in this context, meaning not ethnoculturally European) stories in such settings. Black Panther, while somewhat contrived in its plot and unnecessarily political at times, was a really great movie (final battle was shit though, who thought it was a good idea to have like a dozen actors fighting in the epic finale). I am not ashamed to say that I loved the movie overall, despite its issues. Although Black Panther was created by a white comic book artist, the film adaptation proved that there is a global audience for fantasy-type stories set in non-Western (non ethnically European or colonial) settings. And I am part of that audience. Even more than that, what I want to see are fantasy films that aren’t based on American comic books, but actual African lore. There is an incredibly rich and elaborate mythology in West Africa that was once the bedrock of popular tribal religion, with fantastic and intricate characters that could be utilized in film and TV. One example of a great African mythological character is Anansi. Anansi is a spider god in West African (primarily Akan) folklore and myth, who is also the god of wisdom, stories, and knowledge. He is a Loki-type character, a trickster, who through intelligence and cunning wins his victories against overwhelming odds, and I recall fondly my memories of reading a story in my English class as a child about Anansi, written by a Nigerian author. 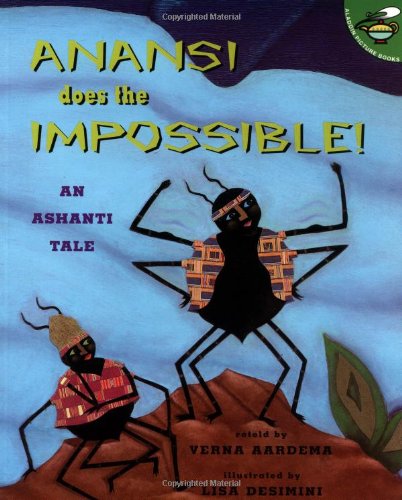 Neither Amazon Studios, nor Netflix, nor any global film/TV producer is engaging with Anansi. Nor are they engaging even slightly with the genuinely profound and rich mythological tradition of West Africa. To satisfy audiences, both black and white (some of whom want to see themselves represented, some of whom want everything to be ethnically diverse by default) they are content to cast Africans in roles that don’t make sense for the story and world they’re trying to immerse you in, while ignoring the cultural heritage of those African actors in its entirety.

This is an atrocious crime, not only creatively, but also culturally and morally. Ethnic Sub-Saharan Africans should be able to see their heritage, their cultural mythos, on high-budget TV and cinema. They should be able to watch their own version of The Northman, a cinematic masterpiece that does for Europeans what Africans have never been able to experience or enjoy. I, as an ethnic European, should in an ideal world be able to watch an epic cinematic saga based in African mythology, and I should not have to see a single white person when doing so. Black Panther was close to greatness, but it killed my immersion when a white sidekick unnecessarily became a central character. Why was that necessary? Because forced diversity goes both ways, and it hurts both sides. Whites don’t benefit from anachronistic black cast members in fantasy European settings, and blacks don’t benefit from token whites appearing without good reason in fantasy African settings.

Lastly, I think this forced diversity situation with RoP is racist to those of African descent. Yes, I really mean that. It is flagrantly racist to enforce black cast members in inapplicable settings to grab cash from black audiences, while at the same time disregarding those audiences and ignoring the stories that their cultures have to tell. It is racist that Africans cannot have their own cultural mythologies or stories represented on TV, but instead have to settle for the ‘sloppy seconds’ of European mythologies instead. It is racist to pretend that you give a shit about black people when you are treating them as second best. As an ethnic European, I find this situation disgusting, offensive, exploitative, and cruel. If I were ethnically African, I would probably find it painful, oppressive, and depressing in addition to what it already is to me right now. 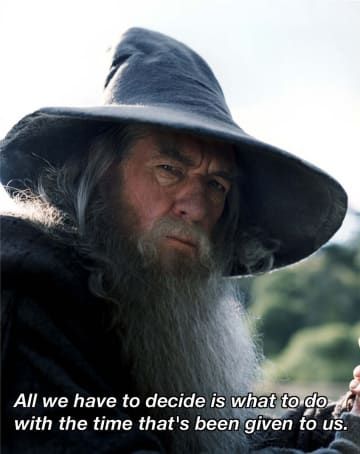 “Yet hope remains” as Tolkein’s Gandalf once said. There are signs that the industry is changing. Netflix’s Squid Game was a truly remarkable event in cinematic history; it brought its viewers a story, not in a European language, not in Europe, but one that was authentic and on top of that, genuinely good. I haven’t watched it yet myself (my subscription expired two months ago) but I trust that the reviews are somewhat accurate, and I’m happy for its success. 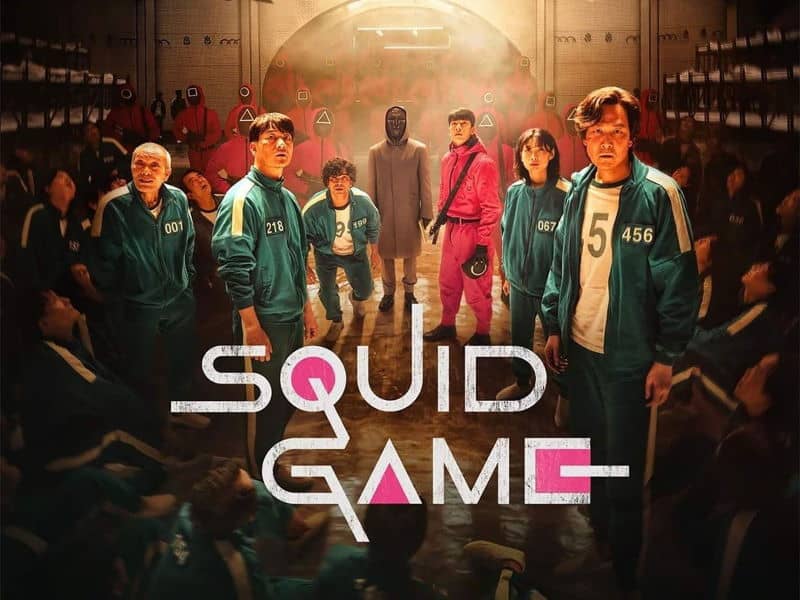 Even before Squid Game, India started to receive similar treatment. In 2019, Netflix released the hit series “Delhi Crime” set entirely in India, with a cast entirely composed of Indian actors (for once, being faithful to the setting). This dark and visceral television series is set in the aftermath of the infamous Delhi Gang Rape and Murder of 2012, which most will recall from the horrific news reports produced by news outlets across the world as the full details of the case became known. I will not discuss the actual case here, as it is so utterly evil that to talk about it as a side topic would be inappropriate and disrespectful. The Netflix show is partially based on the actual true history of the Delhi Police’s attempt to find the perpetrators and bring justice to those responsible. Through deputy commissioner Vartika Chaturvedi (a composite character based on multiple actual police officers, some female) we see the outrage and horror of the crime, the frenzied attempt to catch the culprits, the trauma of grieving families, and the implicit guilt of the social milieu in which such a terrible act became possible. This is next on my watch list and from what I have seen, it looks incredible.

Squid Game and Delhi Crime are not fantasies, and they do not delve into the lore or cultural mythologies of their respective settings, Korea and India. But they are proof that culturally authentic shows can be great. More than that, perhaps they prove that cultural authenticity itself can take a show from good, to great. What is missing in all of this, unfortunately, is Africa, and the void that exists as a result of its absence is only widened by Amazon’s Rings of Power.

I will finish with this: it is unconscionable that black Americans be represented politically by a half-Kenyan president by the name of Barack Hussein Obama, but cannot be represented culturally by US film and TV studios, which cynically use Africans to satisfy diversity quotas while ignoring the richness of African cultural heritage.