Before I became more biologically oriented in my thinking, I used to be super into ideologies – not any particular ideologies, but the very idea of ideologies as a category. It’s virtually impossible to have anything approximating a scientific discussion about ideologies, because even the very word is a semantically and semiotically loaded cultural construct; as Žižek says, we cannot look at ideology as we inhabit ideology. However, there are still a few interesting things to say about the topic. Take the following example: 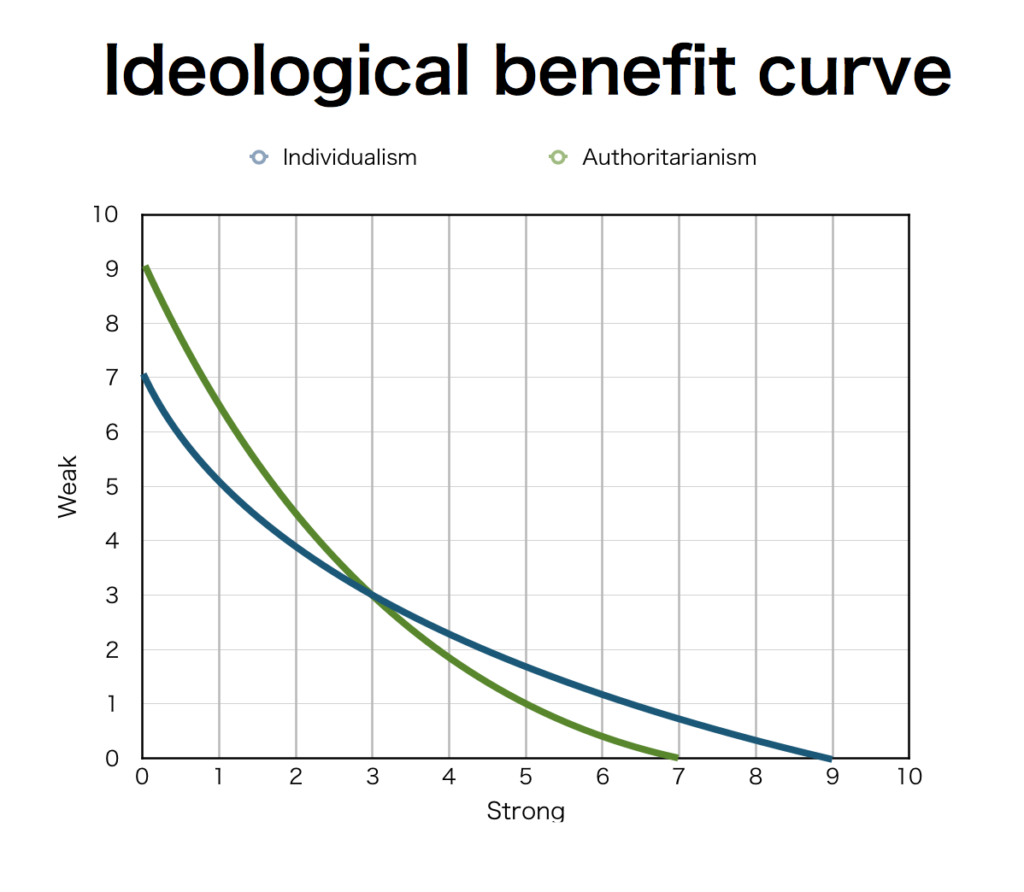 This is one of the goofy graphs I made on the topic, that just so happens to encapsulate an interesting idea (ignore the numerically ordinated axes for a moment). The question is – who benefits most under a specific ideology? What the curve shows is that an authoritarian society will provide maximal benefit to those unable to coordinate their own affairs, simply because in such a society your affairs are already done for you. However, strong-willed thinkers and creative types will probably suffer in such conditions, lacking autonomy over their ideas and self-expression.

So which society is better? One constant feature of human sociality is that there rarely appears to be anything that is objectively ‘better’ than anything else; everything comes down to tradeoffs and opportunity costs. So if you’re Nikola Tesla you’ll probably do better in the individualistic United States, but if you’re a lonely depressed person suffering from the atheistic anomie that seems to grip Western civilization as of late, then you’d likely be better off staying in Serbia. At least homes are cheap there.